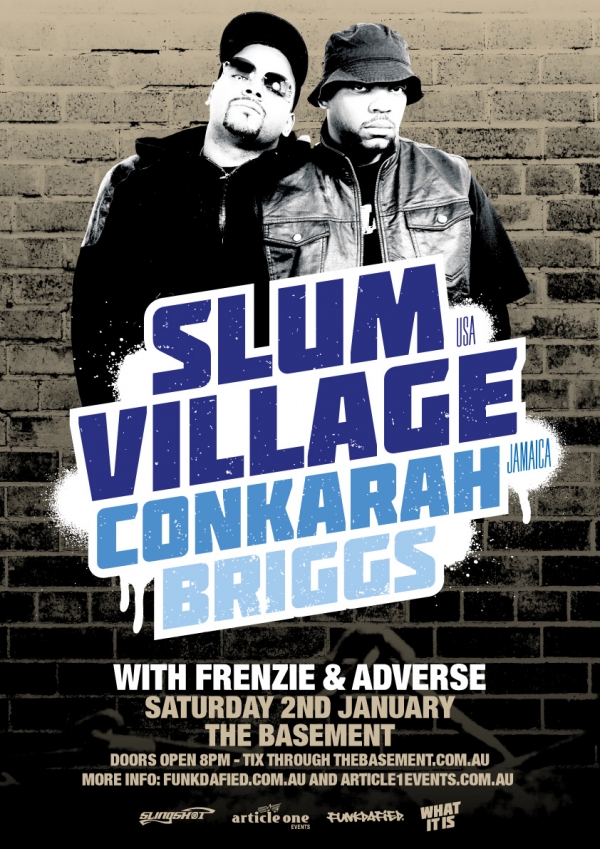 BRIGGS
Signed to the Hilltop Hoods' Golden Era Records label, Briggs has been a formidable force in Australian hip hop since he exploded on the scene in 2009 with his outstanding self-released debut 'Homemade Bombs'.
Not shying away from political topics and always representing his Indigenous heritage whilst getting the party started at every show, Briggs has collaborated with industry icons such as Gurrumul, Hilltop Hoods, Funkoars, Drapht and Tornts.

CONKARAH (Jamaica)
Bringing smooth roots and lover's rock vibes, this rising reggae star has worked with some of the industry's biggest names such as Mr Vegas, producers Niko Browne and Jeremy Harding.
His track's Island Girl, Oceans Away and his cover of Ed Sheeran's Thinking Out Loud have made a strong impact in the Pacific region, leading to Conkarah performing in Indonesia, Papua New Guinea, New Zealand, Solomon Islands, and New Caledonia – see him live inna sound system style!

LIMITED AMOUNT OF 1st RELEASE TIX FOR ONLY $45!